Nick park the creator of Wallace and Gromit was a graduate from Sheffield Hallam art school. He first came up with the characters whilst in art school, and came up with his first idea for the film "a grand day out". Gromit was originally a cat before being redesigned to a dog, as it would be be easier to work with a larger reaction in clay. The original script for "a grand day out " got changed as some of the characters restricted what was possible with clay.
Here are some of the original sketches and ideas by Nick Park for the animation "The Wrong Trousers" 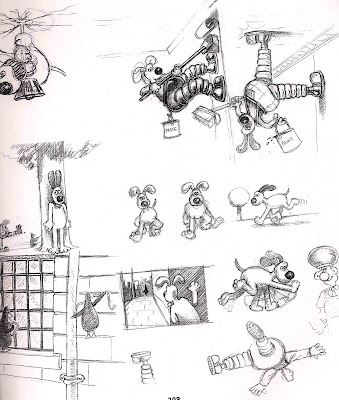 The next step in this process is to write up the story board for the animation. this is planned out by, drawing one storyboard picture for one event in the film. If one shot represents 2 or 3 shot they draw each event out onto the story board. Once the story board has been pieced together the designers pin up the story board onto the wall so they can see how the film will flow. This helps the design to understand the story and know which scene fits in where. 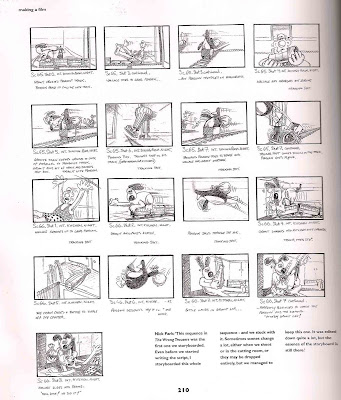 After the story board comes the designing and creation of the characters. Here is how they designed and created Shaun the Sheep, step by step. 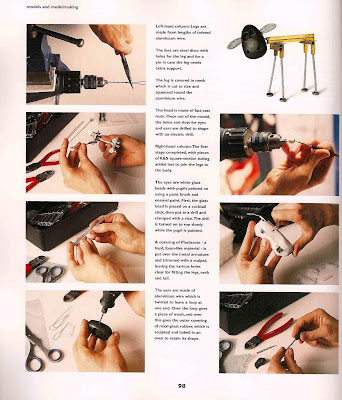 First the make the legs for Shaun by twisting aluminum wires by pining them with pliers at one end and fitting them in a drill at the other to twist them. Next they add steel discs to the bottom of the feet to add balance and support for the model.
Second step the head is made from "fast cast" resin and hole are drilled in for the attachment of the eyes and ears . The eyes are white glass beads and the pupils are painted on with enamel paint.
The Third step is to cover the metal structure with Plastazote, which is a hard foam type  material. Next the body and tail are covered with a small layer of foam,finally the wrap the structure in fr fabric to give a realistic yet surreal version of a sheap. 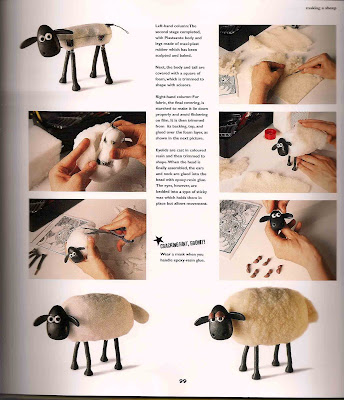 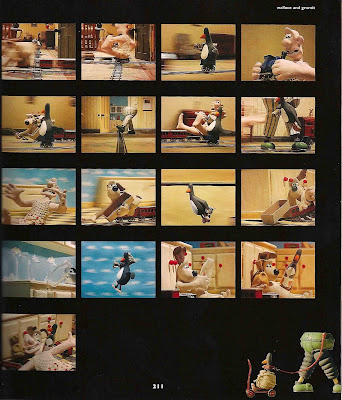